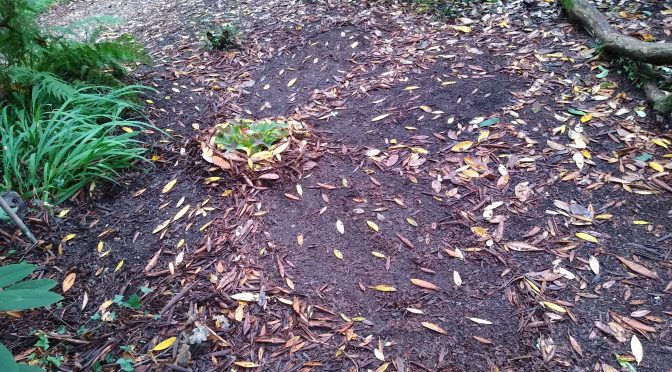 My  first day working in the gardens  (  26th September )

I spent my first hours with furzy staff, meeting a few of the volunteers. There is something special about spaces such as this which is so tangible that you can feel it that entices people to stay and be part of it

A space for tranquillity, time to be part of something that is important and worthwhile.

Id already met with the head gardener who had said that he was happy for me to create different things around the garden, I knew that it would take me time to become familiar with the space so  I decided  to something simple, so much of creating new work for me is to allow myself time to play and just get into the creative experience so  as I love the colours of the leaves especially the varying shades of  reds and golds,

Creating simple swirls and circles, large petal shapes and mounds under one of the rhododendron. 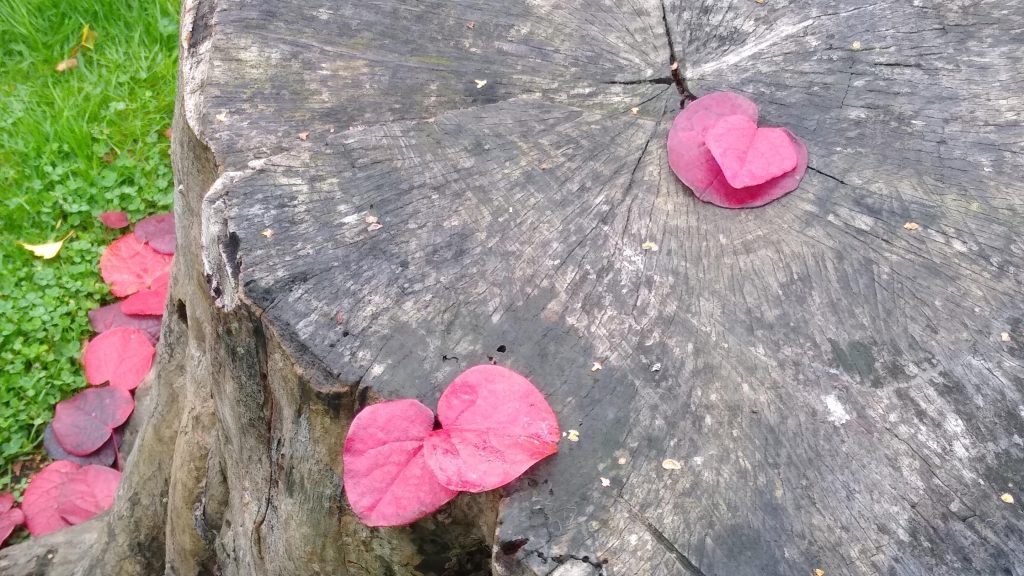 I was drawn to an old wooden stump at the top of the rise. a nearby plant was shedding heart-shaped leaves, different shades of red.

I find such starkness enticing.  as I was working for some young families with children walked past,  curiosity got the better of them and they asked me what I was doing 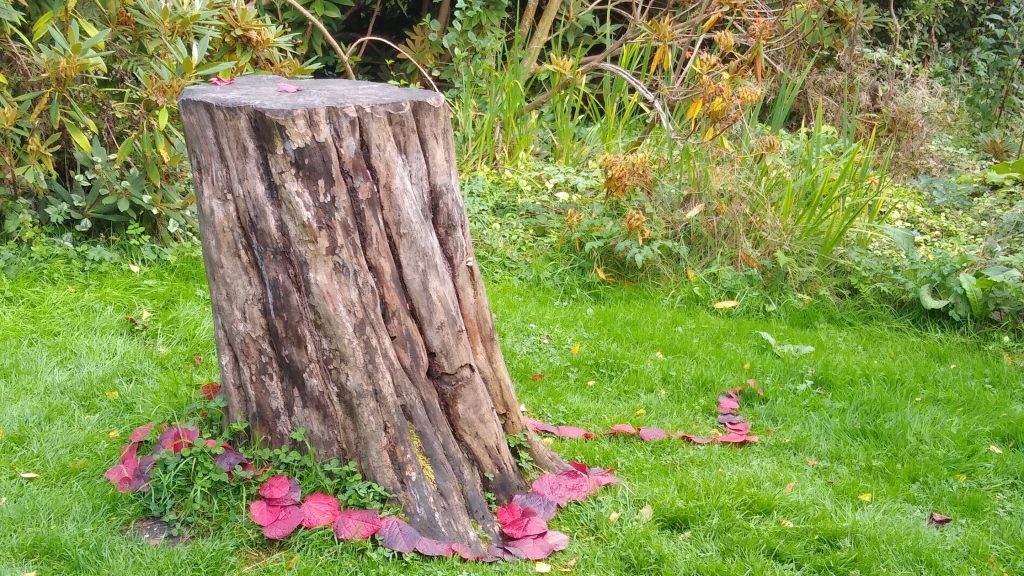 We spoke about the pleasurable act of creating  patterns with leaves  and found materials, one of the ladies was particularly interested in what I was doing and asked me if I’ve made the colourful shape under the tree, she said that they’ve been  trying to guess what it was, I encouraged them to do have a go themselves